COVERING ONE THIRD OF CONTINENTAL AUSTRALIA, the newly named Northern Hub has the largest footprint of the Federal Government’s eight Drought Resilience Adoption & Innovation Hubs that connect land and sea managers and communities with regional agricultural experts and new practices.

The Northern Hub supports land and sea managers and other regional communities across Northern Western Australia and Northern Territory to prosper in a changing and challenging natural environment.

“We’ve got a more diverse charter than we had last year and Northern Hub, as a name, is more inclusive of our expanded role.”

With a remit that now encompasses the National Agricultural Innovation Agenda and aquaculture and fisheries, Matz said identifying and distributing value to stakeholders through communication, collaboration, community of practice and coordination was a critical driver.

Matz pointed out the Northern Hub would continue to receive funding from the Australian Government’s Future Drought Fund and the name change didn’t shift the Hub’s core focus from drought preparedness and resilience but that the new name was a better umbrella for both its primary role plus the wide-range of other opportunities that now fall under its banner.

“As a collaborative body we have the ability to mitigate preconceived barriers,” said Matz.

“Our new name is a response to the wide range of work and partnerships that have developed since our inception.”

The Northern Hub will be the updated brand for more than 20 projects, programs or initiatives already in progress, including:

“We’re working on that transition now,” said Matz and advised links would redirect members when it was finalised and live.

The Northern Hub is expected to present its renewed Strategic Plan, which will carry the organisation through to 2027, in the coming weeks.

Node and Adoption Managers, charged with being the on-ground interface with producers and community, will be introduced, as a group, soon, with all relevant contact details. 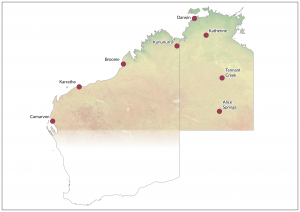 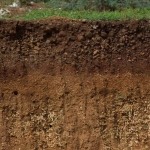